H-Teach:  Teaching History in the University

The Junto:  A Group Blog on Early American History

The Omohundro Institute of Early American History and Culture

The Way of Improvement Leads Home: Reflections at the Intersection of American History, Religion, Politics, and Academic Life

The Adverts 250 Project has been recognized on Twitter by: 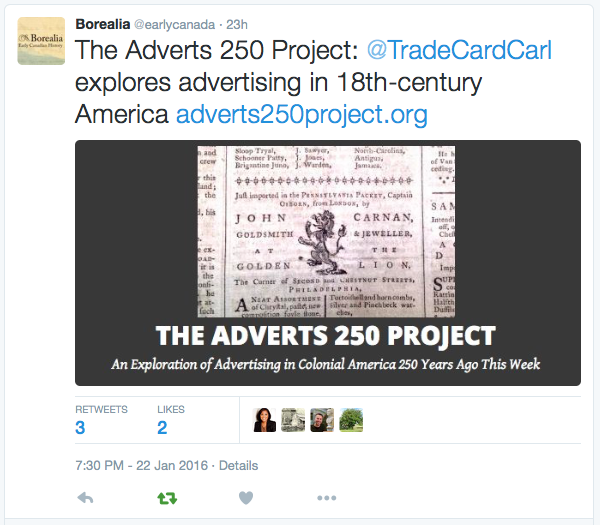 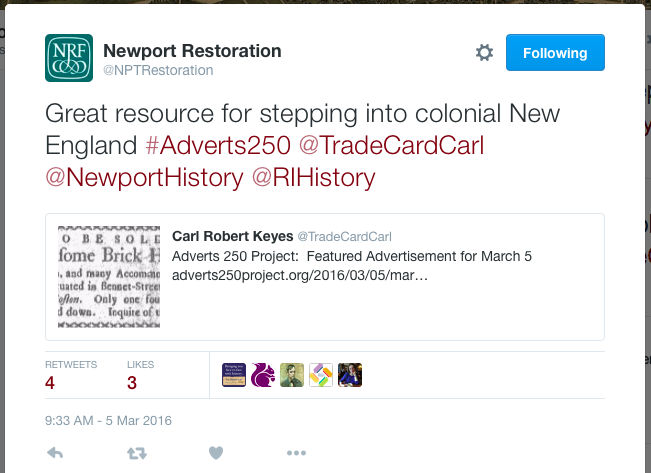 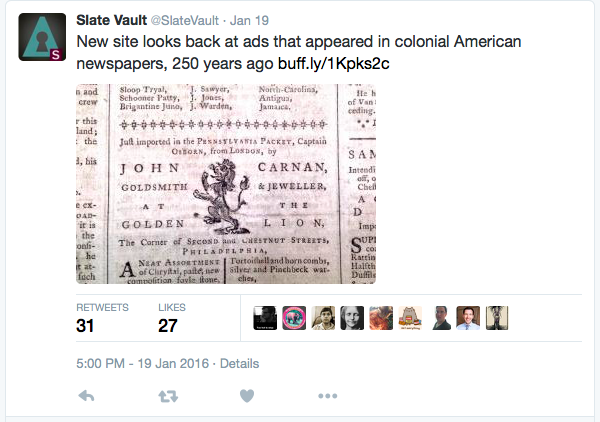