These tables indicate how many advertisements for slaves appeared in colonial American newspapers during the week of October 9-15, 1766.  Data for both tables was compiled by Nicholas Commesso. 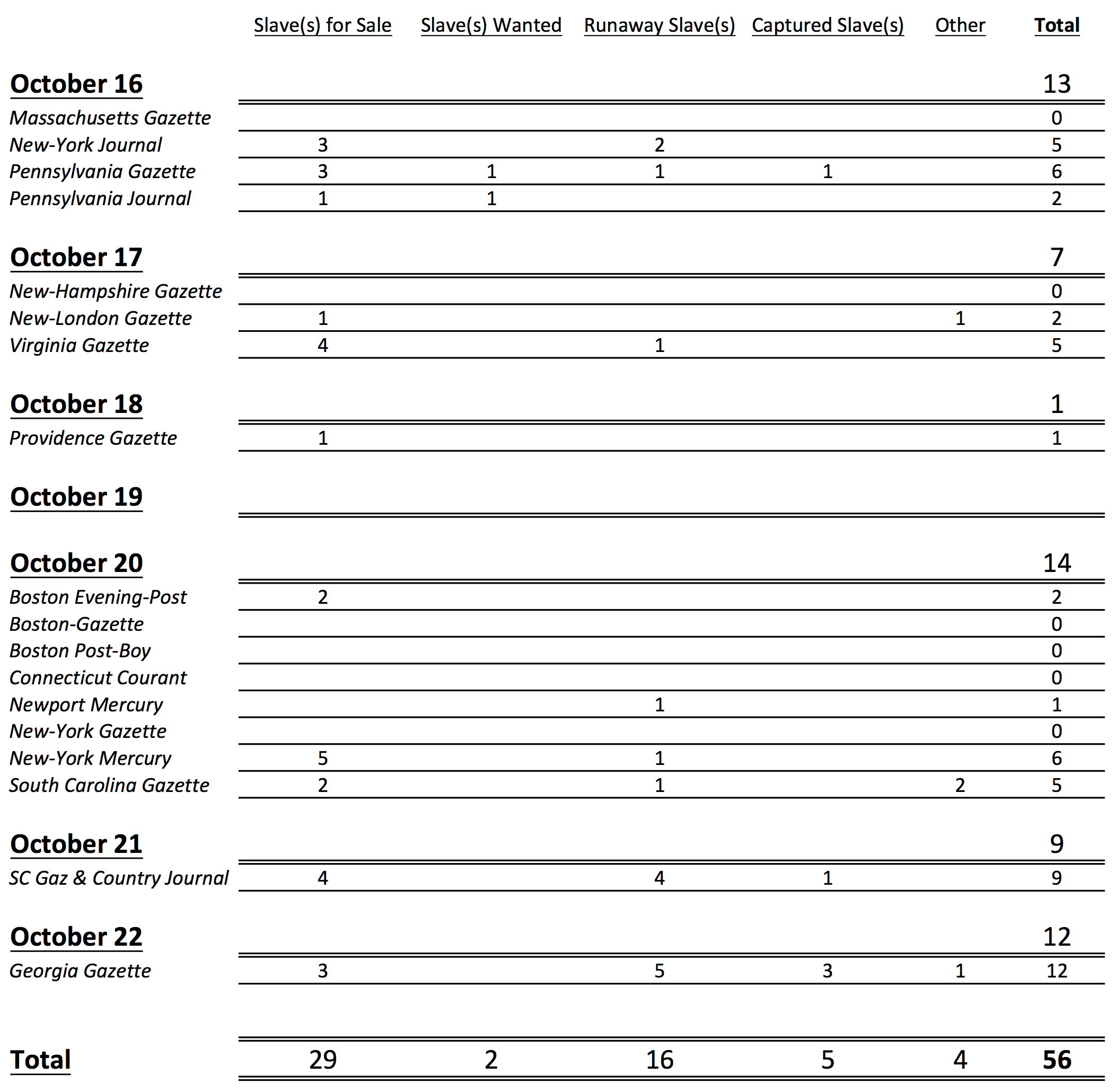 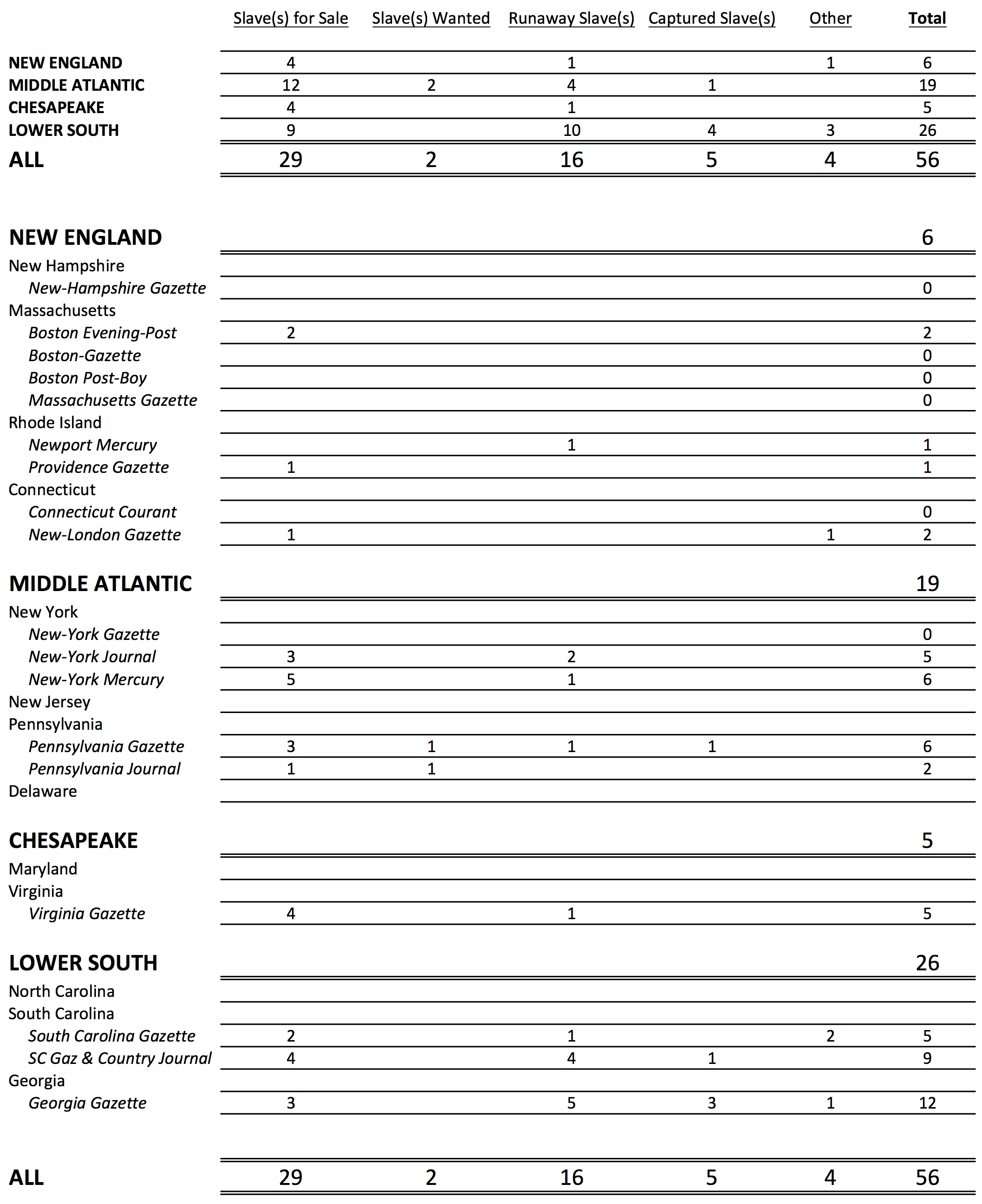