Skip to content
HomeSummary of Slavery Advertisements Published May 20-26, 1768

These tables indicate how many advertisements for slaves appeared in colonial American newspapers during the week of May 20-26, 1768. 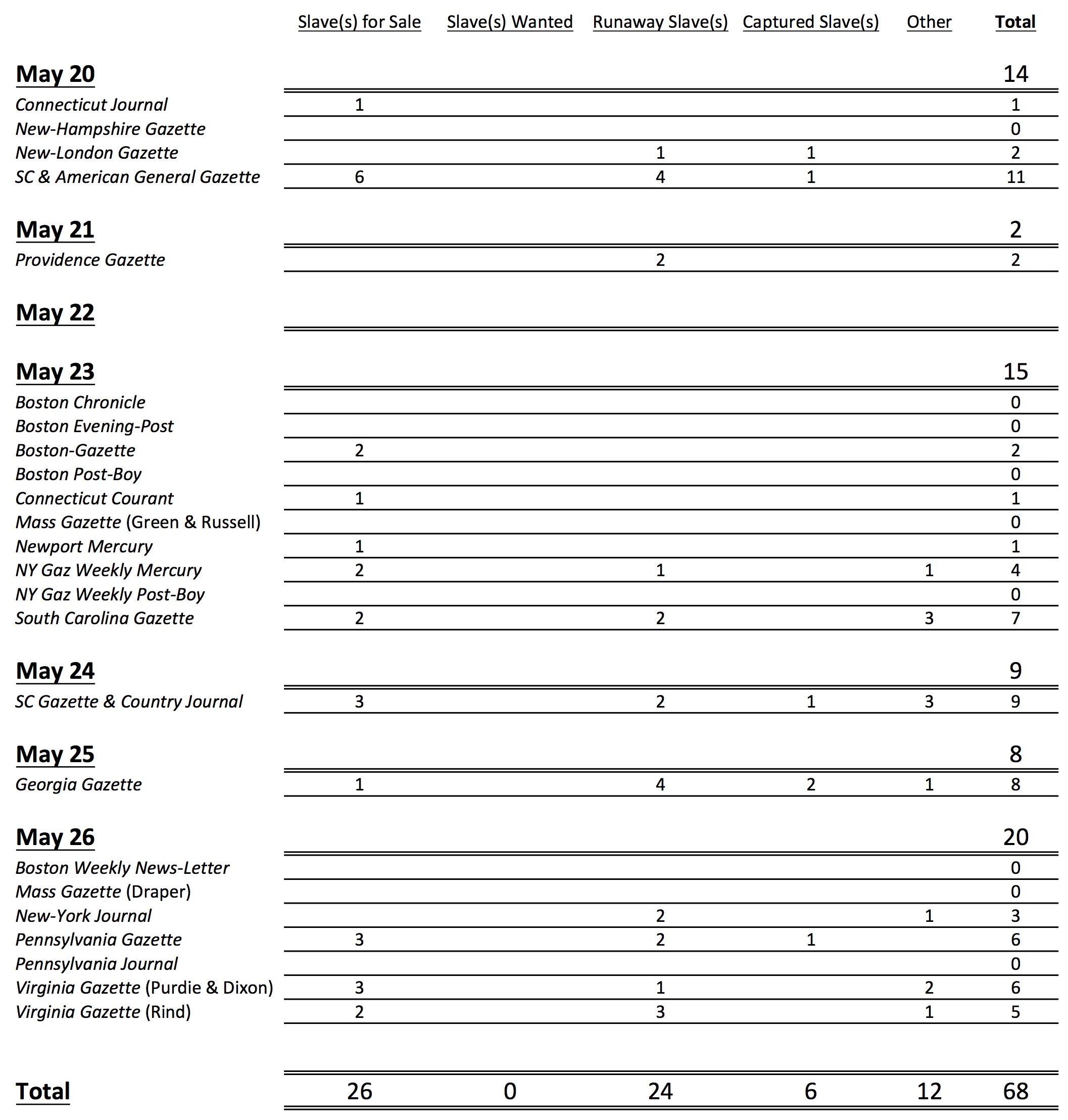 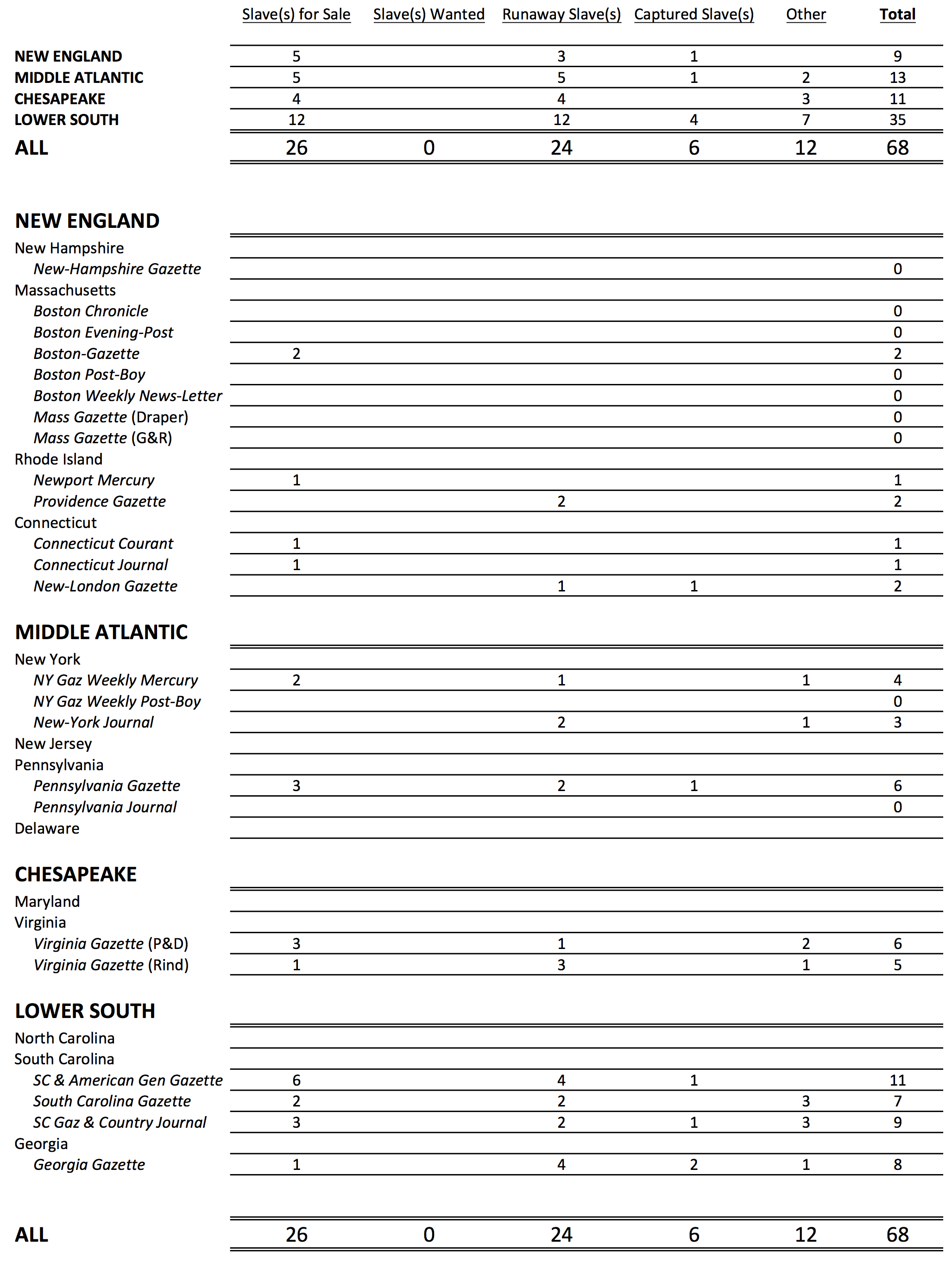