“As the Owner is returning immediately to ENGLAND, he will sell them on very low Terms.”

An anonymous advertiser informed readers of the New-Hampshire Gazette that he offered great bargains on an assortment of textiles and other imported goods because he planned to sail “Immediately to ENGLAND.”  On September 27, 1771, the advertiser encouraged prospective customers to act quickly because “he will stay but a Fortnight in Town.”  Since he was such a motivated seller, he was willing to part with his goods “on very low Terms,” so retailers and consumers alike would “find it to their Advantage in dealing with him.”  He did not give his name, instead merely stating that he offered the goods for sale “at Mr. Stavers’s Tavern in Portsmouth.”

To whet the appetites of potential buyers, the anonymous advertiser listed many of the items, including an “Assortment of strip’d and flower’d border’d Lawn Handkerchiefs,” a “variety of Gauze Handkerchiefs and flower’d Gauze Aprons,” and an “elegant Assortment of Fashionable Ribbons.”  Reiterating “assortment” and “variety” underscored that his customers benefited from an array of choices in addition to low prices.

At the end of the notice, the advertiser also listed “a few Setts of Doctor HEMET’s Famous Essence of Pearl and Pearl Dentifice for the Teeth, with proper Brushes and Directions.”  Readers encountered a more extensive advertisement for that product further down the column, though that advertisement indicated that Hemet, a dentist in England, had appointed William Scott in Boston and W. Bayley in London as local agents for wholesale and retail sales.  The advertiser did not indicate where he acquired Hemet’s dental care products, but he offered consumers in Portsmouth greater convenience than sending away to Scott in Boston.  Scott’s advertisement providing more detail about the products bolstered his own marketing without incurring additional expense.

The anonymous advertiser attempted to capture the attention of readers of the New-Hampshire Gazette with a “limited time only” offer, suggesting that his imminent departure for England put them in a good position to negotiate for low prices.  If that was not enough to entice prospective customers, he also promoted extensive choices and even the convenience of acquiring a product otherwise available only in Boston.  Appeals to price and choice were standard elements of eighteenth-century newspaper advertisements, but this anonymous advertiser further enhanced those strategies in his efforts to engage customers.

“These pills are an infallible cure.”

An unnamed advertiser placed a notice for “Dr. HAMMOND’s SPECIFICK PILL” in the November 22, 1769, edition of the Georgia Gazette, informing prospective customers that “Any person may be informed where these pills are to be sold by applying to the printer of this paper.” The advertisement listed a variety of maladies that the pills cured, including leprosy, scurvy, yaws, venereal disease, and even “pimpled faces.” The remedy was gentle, safe for “women with child, or persons of the most delicate constitutions.” The advertiser described this “new Medicine” as “one of the greatest ever offered to the Publick” and promised that they provided a “CERTAIN cure.”

All of this probably sounded too good to be true to many colonists. After all, readers regularly encountered advertisements for patent medicines in newspapers published throughout the colonies. Those who marketed pills and potions often claimed that they cured all kinds of diseases, deploying the most hyperbolic language in making their promises. To address some of the concerns of skeptics, this advertisement reported that the pills came with “printed directions, and signed by the author, Thomas Hammond, M.M. Bristol.” Furthermore, the advertisement directed “the dubious” to take into account “the great success this medicine has met with in Barbados, Jamaica, St. Kitts, and Granada,” apparently expecting that word of mouth recommendations from the Caribbean had reached colonists in Georgia. If that were not convincing enough, readers could also take into consideration “many great cures” attributed to Dr. Hammond’s pills in England “which have been continually inserted in the newspapers. Even if skeptical customers could not check those newspapers, the advertisement suggested that merely stating that such evidence existed should satisfy any concerns. Savvy customers likely remained suspicious of the claims made in the advertisement, despite the purported proof of the efficacy of Dr. Hammond’s pills, but some may have been eager enough to find some sort of relief for their symptoms that they allowed themselves to be convinced, or at least experience some hope, that the pills would indeed work for them. The many layers of claims made in the advertisement served to wear down any distrust by “the dubious,” just as similar repetitions of claims about miracle drugs sold via infomercials in the twenty-first century attempt to do for modern consumers.

“A handsome Assortment of Feather Plumes for Ladies Heads.”

Unlike most advertisements for consumer goods published in eighteenth-century newspapers, this notice for a “Variety of Millenary Goods” did not indicate who sold the “handsome Assortment of Feather Plumes” or “Hats of all colours.” Instead, it simply stated that these items were “Sold cheap at the House of Capt. Joseph Goldthwait.”

Who placed this advertisement and ran a shop out of Goldthwait’s house? It may very well have been a female entrepreneur who did not wish to call widespread attention to her participation in the marketplace as a retailer rather than as a consumer. Women often operated small retail establishments out of their own homes or rooms they rented, especially in urban ports, but they were much less likely to advertise their commercial activities than their male counterparts. Female shopkeepers tended to be disproportionately underrepresented among the advertisements in the public prints.

That did not mean that women did not advertise at all. This advertisement for “Millenary Goods” appeared immediately below Jane Eustis’s own notice for a “Large and beautiful Assortment [of] Silks, Cap Laces,” and other millenary goods. Although she stocked “Mens and Womens silk Hose” and “Mens white silk Gloves,” Eustis promoted mostly textiles and adornments intended for female customers. Like the anonymous advertiser, she concluded by making special note of the “Tippets and Turbans” she sold “for less than the prime Cost.” The type of merchandise hawked by the anonymous advertiser increases the likelihood that a woman placed the notice and operated the shop “at the House of Capt. Joseph Goldthwait.”

This sort of anonymous advertisement was rather rare in colonial America. Certainly newspapers frequently carried notices that advised readers to “enquire of the printer,” but usually those regarded only one or a small number of commodities, not the “Variety” or “handsome Assortment” of imported goods marketed in this advertisement. It even ended with a teaser, “&c &c &c” (the eighteenth-century version of “etc. etc. etc.”), suggesting an even greater array of goods that rivaled what customers would find in the shops kept by Jane Eustis and other advertisers.

Women had a variety of reasons for not calling as much attention to their entrepreneurial activities as their male competitors, including assumptions about their appropriate roles in the household and marketplace. This advertisement may have been designed by a woman eking out a living who hoped to attract female customers yet remain shielded from other readers in colonial Boston. 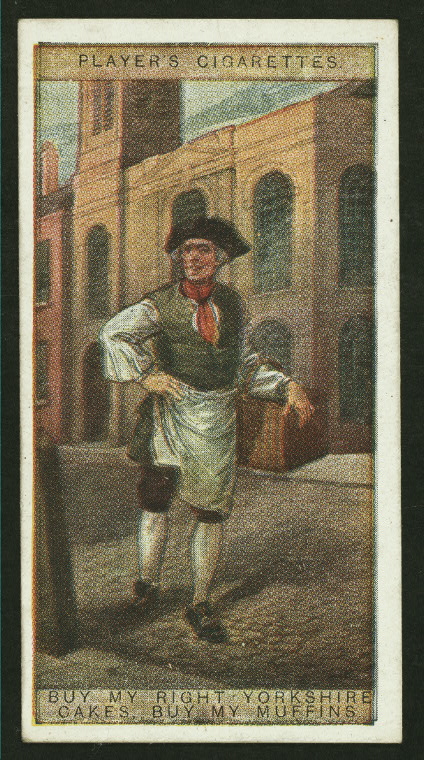