These tables indicate how many advertisements for slaves appeared in colonial American newspapers during the week of February 26 – March 4, 1767.  The data has been compiled based on research conducted by Shannon Dewar. 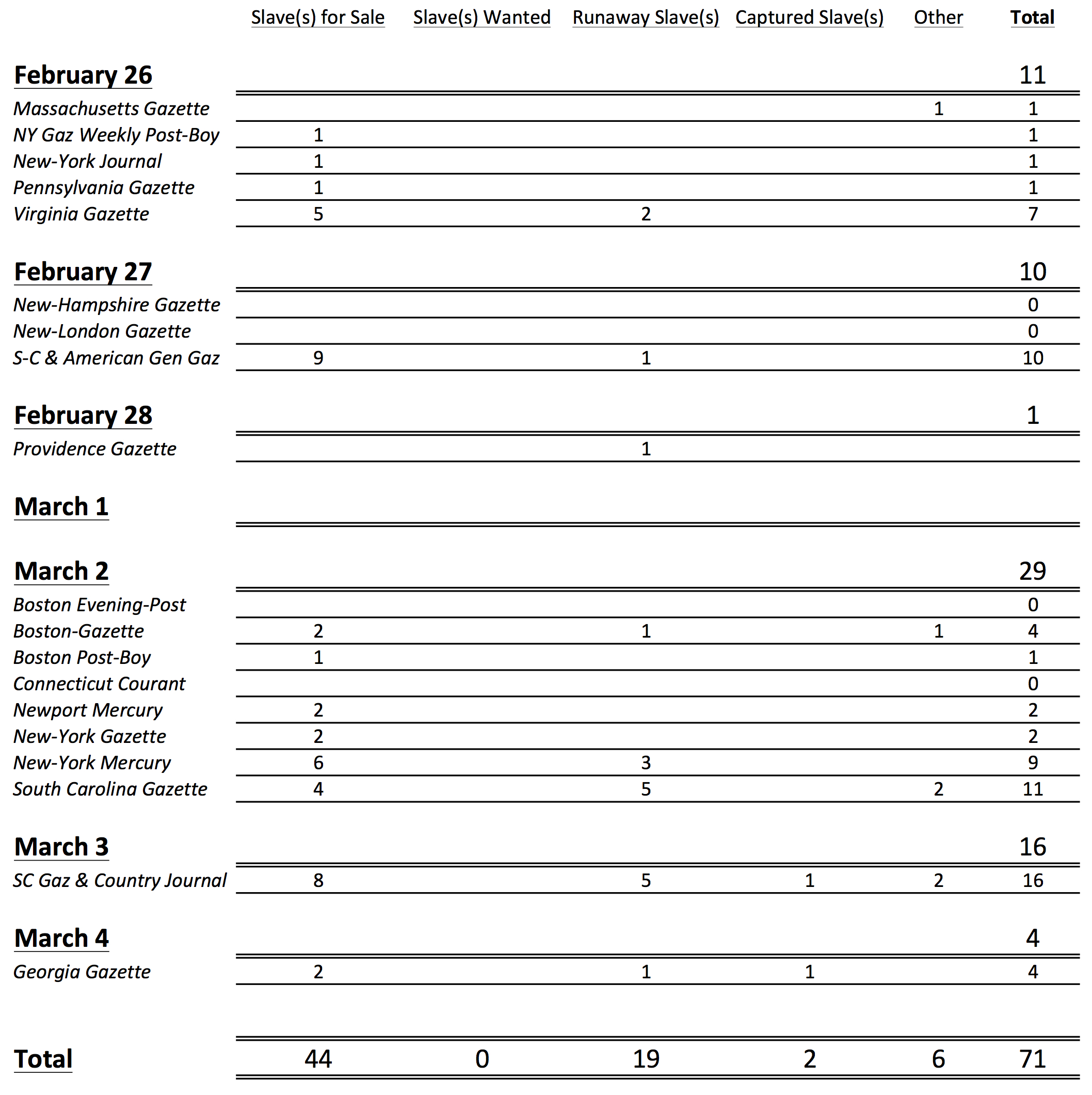 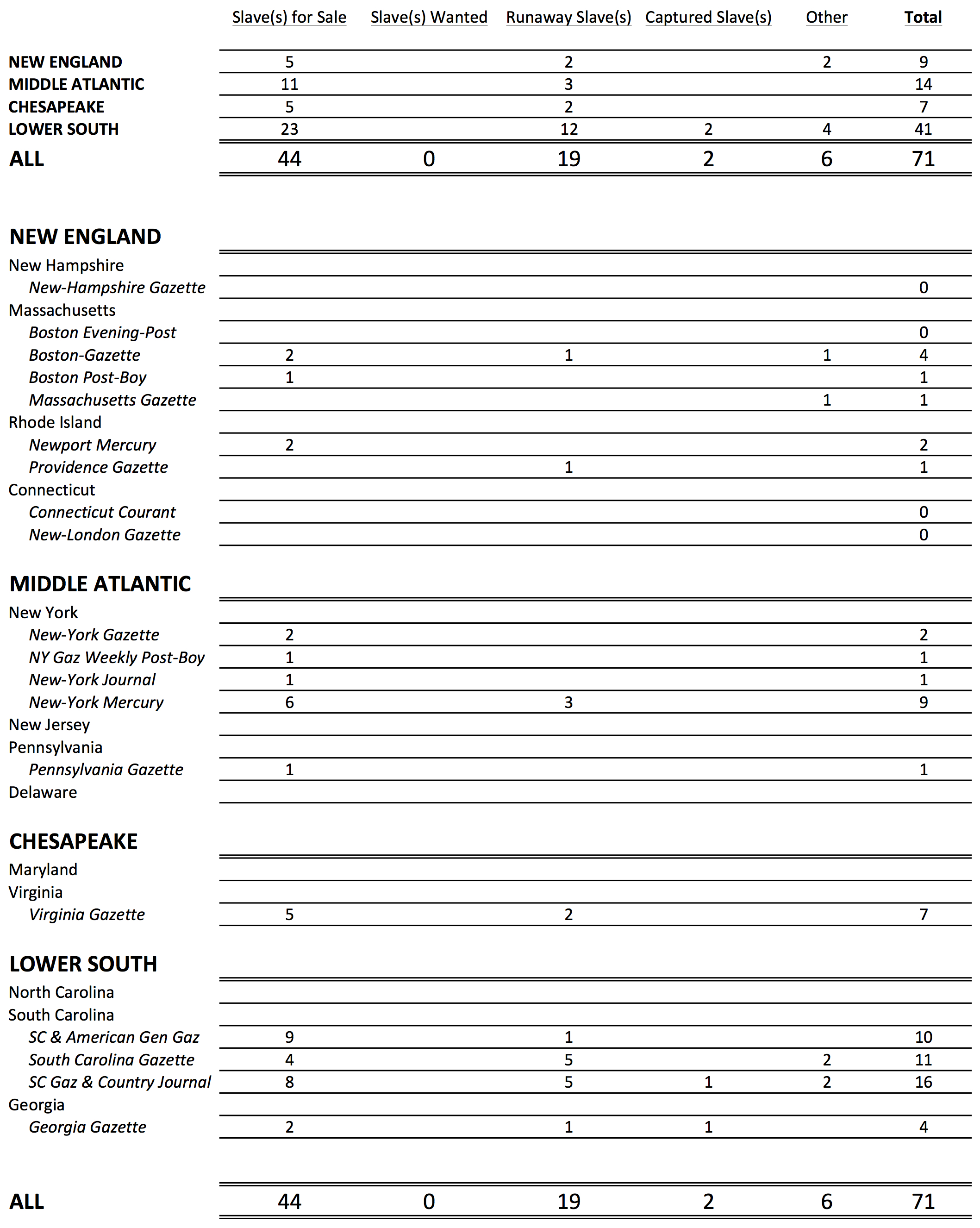